We will go over patch buffs and nerfs that came with 12.20 patch.

-Aatrox was really unstoppable on top lane even without landing his skillshots due to his overhealing from his passive ability. On top of huge sustain it was also providing him with huge damage and it got to a point he was unstoppable if he was to get ahead early in the game. Due to that RIOT decided to nerf his passive ability down a bit. 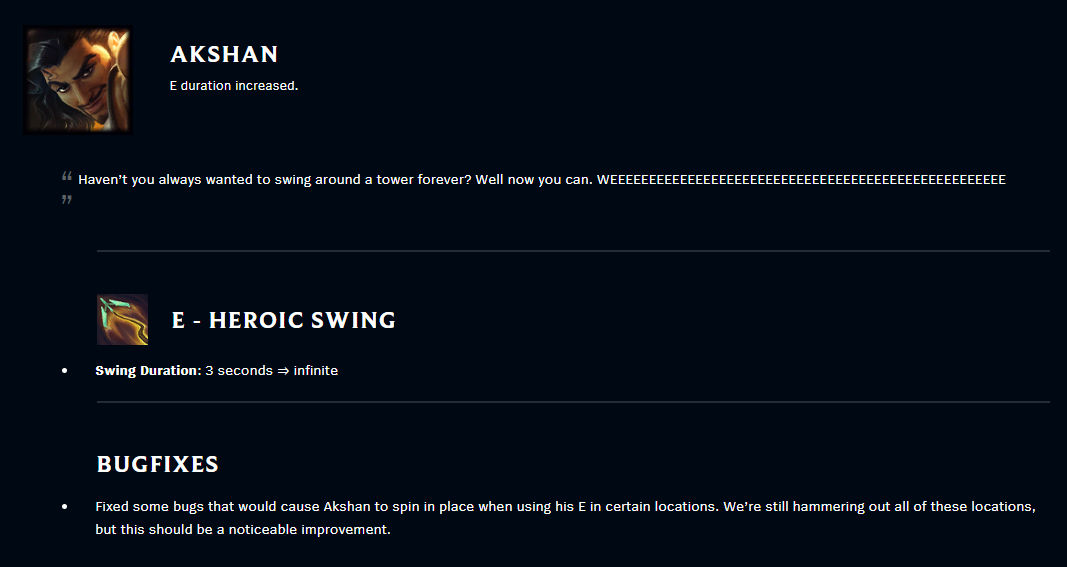 -Akshan was really strong even prior to this buff, but right now he will become a big nuisance as he can just spin around indefinitely and lash out huge damage with that. Most Akshan players will pray for mountain soul drake or a Trundle player on ally or enemy team as that will provide him with a pillar and a lot of jungle spots where he can just swing around indefinitely with his E. 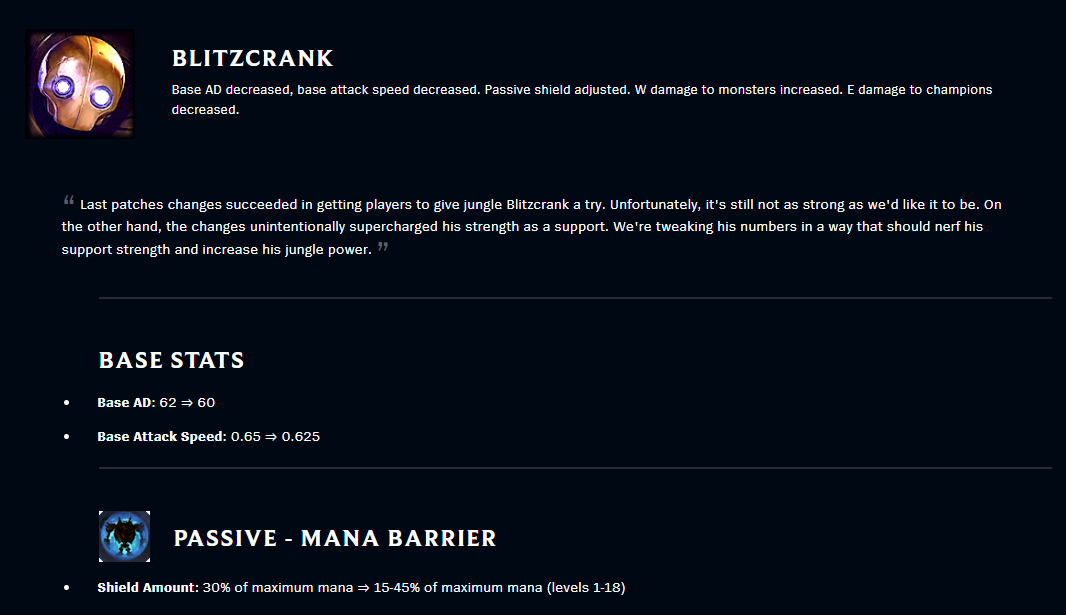 -His base stats got a bit of a nerf as he was really strong in the jungle as well as in mid/top lane. And because of that RIOT decided to Buff his later game clear and damage on w but nerf it on early levels. His E ability was also really strong and got nerfed a bit down as it was lashing out way too much damage early on into a game. But on the other hand there is a fun new feature if you were to kill monsters with E and launch them up to the moon.

-There is a bit of controversy regarding her buff or nerf this time around. And we think that RIOT just made a mistake with their post/writing. As her Q got nerf in range so that her autos can align with her Q. This is why we think that overall she got a nerf and not a buff this time around and that RIOT was just in a hurry to put it out there so they didn’t check it fully. 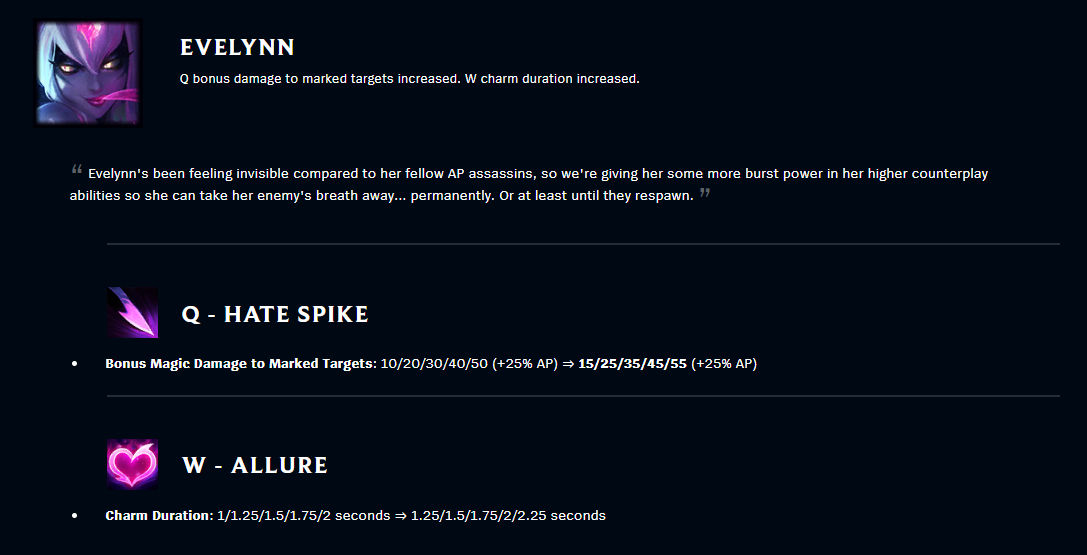 -Evelynn was just not picked in solo/duo or on the pro scene for quite some time as she just didn’t have the kit needed to be a really good jungler. RIOT is boosting her Q and W this time around to try and put her back up there for the grabs. This will probably boost her overall performance.

-Gwen is a really strong top lane champion that can lash out tons of damage with her Q when stacked. And right now she is getting her Q buffed, this will most likely get her back into the spotlight and she will once again start to dominate the top lane. 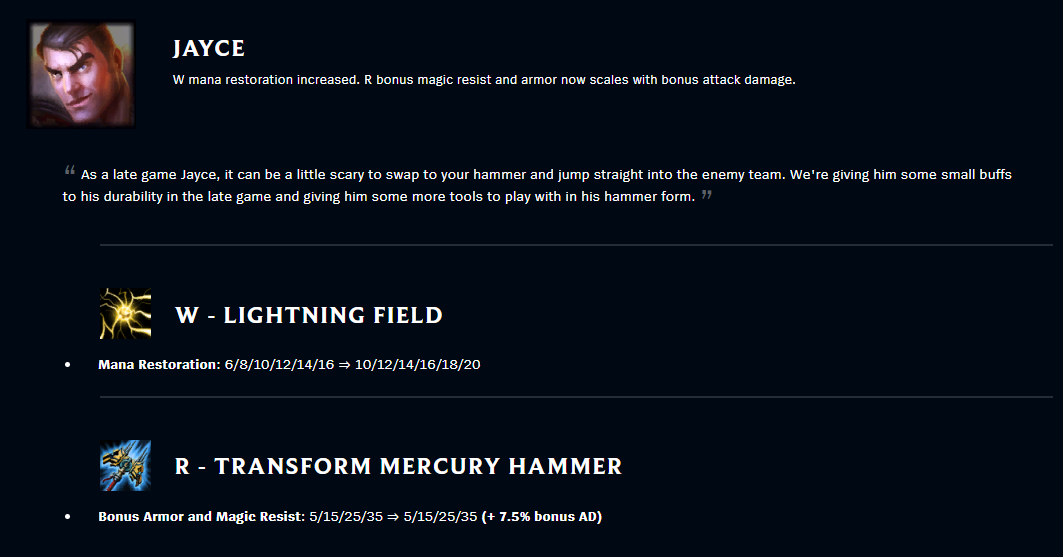 -Jayce is getting a nice buff for late game, as it gets hard sometimes to just jump in and hammer on the enemy team as you get to the late game. Buffs that he will be getting right now will provide him with better durability and higher sustain early game when he changes from range to melee stance.

-People used to play Kennen as AD and AP in the past and with current buff there is a good chance that we will see more AD kennen players once again. As his E will give him a huge attack speed buff that will allow him to attack with the speed of lighting and surpass the attack speed limit. 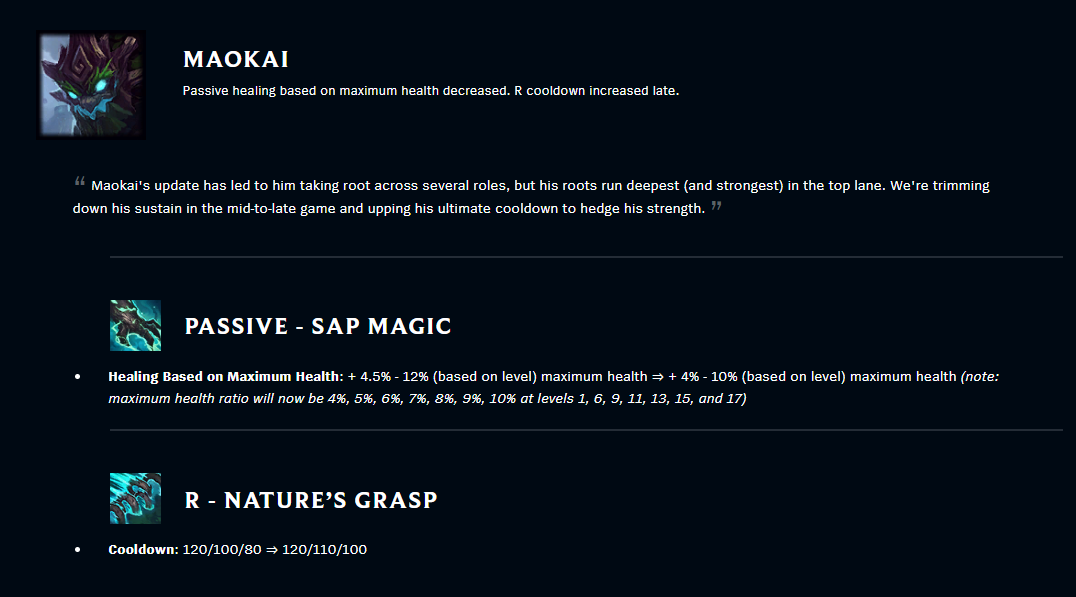 -Maokai was really present since he got his huge rework in 12.17, he was really dominant on support, top and jungle roles so RIOT is just nerfing him down a bit to try and balance his overall performance. He will be healing a bit less from passive and his R will have a longer cooldown at level 11 and 16. 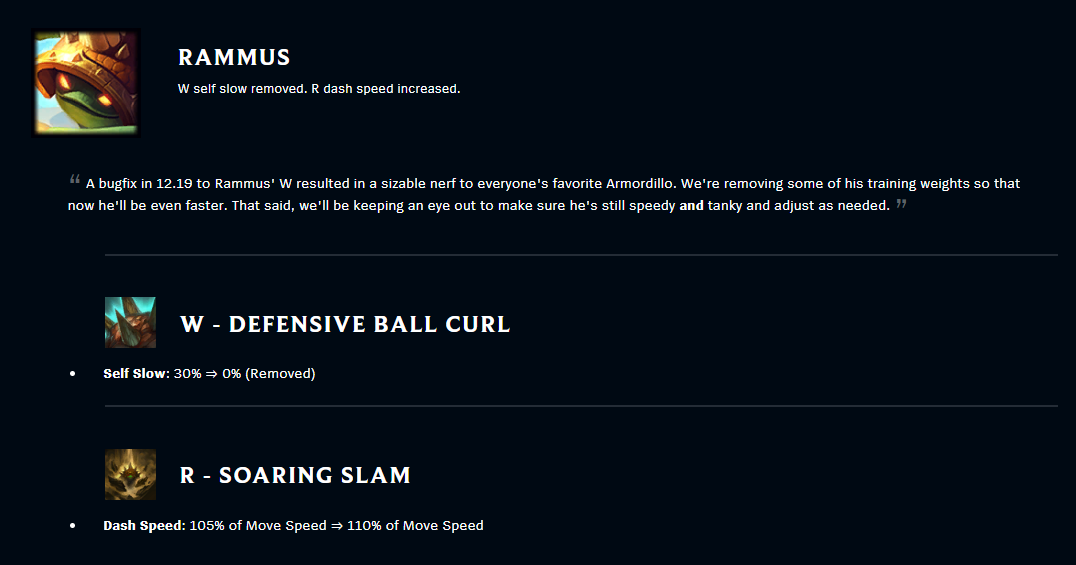 -Rammus did feel like a turtle once you would pres your W, because of that he is getting a huge buff regarding his move speed. He will no longer be slowed at all during activation of W, and this will provide him with a lot more mobility and you will actually be able to pop it before you taunt your enemies. We expect to see Rammus ball rolling through the rift a lot after the current buff. 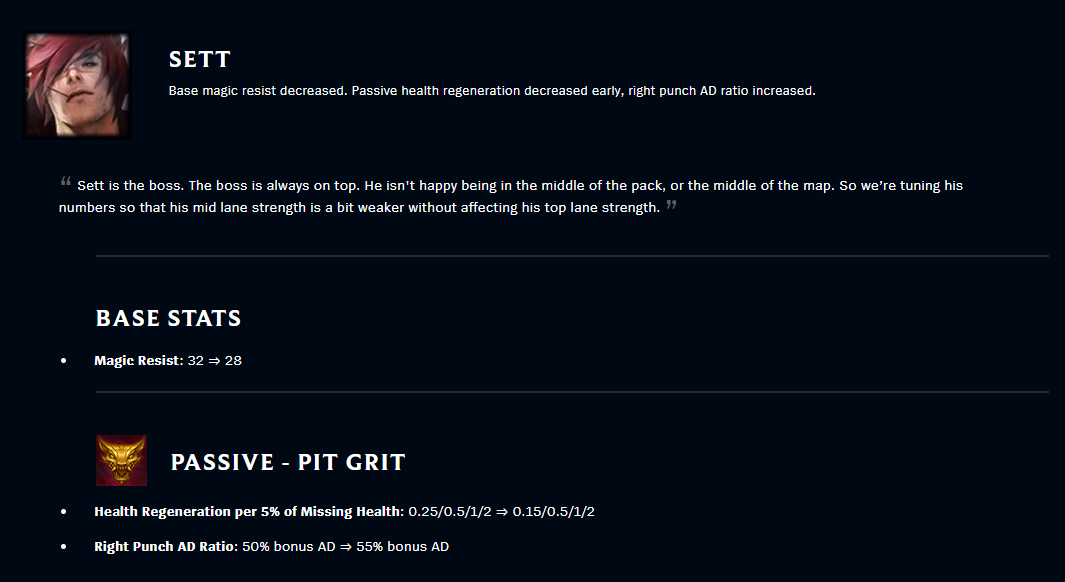 -Sett was a really hard matchup for a lot of top laners in current patch so he is getting a bit of a nerf early game. He will regenerate less health depending on his missing health and he will have less magic resistance. On the other hand he will get higher damage on his right or 2nd auto attack so he will still be as strong as possible on top lane.

-Right now it feels like Wukongs ultimate is used as utility to knock enemy champions up over doing actual damage, because of that he is getting a nice buff to his R damage. With this it should actually feel like his R is there to kill enemies and not just make them fly up in the air.

-Ziggs is getting a small buff on his Q, and even if this does not seem big it will help him a lot especially in early game. It will give him a lot more poking pressure and wave clearing potencial. We hope to see Ziggs back at it throwing bombs around the map with current boost that he is getting.