New champion is coming to League of Legends. His name is Yone - The Unforgotten.

Therefore we will talk about his lore and abilities.  Yone and Yasuo were half-brothers living in a small village.

Yone, as the older brother, was the first to join the swordsmanship school. Inspired by his brother, Yasuo followed suit.

A talented but  arrogant Yasuo caught the attention of Elder Souma, the last master of the wind technique.

Yone gifted his brother with a maple seed, a symbol of humility, and begged him to change his ways.

Yasuo left his rebel nature behind and started to learn the wind techinque.

When the Noxians invaded, the village tasked Yasuo with the protection of Elder Souma.

In a moment of stubbornness, Yasuo abandoned his post. When he returned, he found himself being accused  of the murder of Elder Souma.

Yasuo ran away and the members of the village swore to chase him.

Yone hunted Yasuo, because he believed in his brother's guilt.

Though Yasuo begged Yone for his forgiveness and tried to convince him of his innocence, Yone died still believing in his brothers' betrayal. 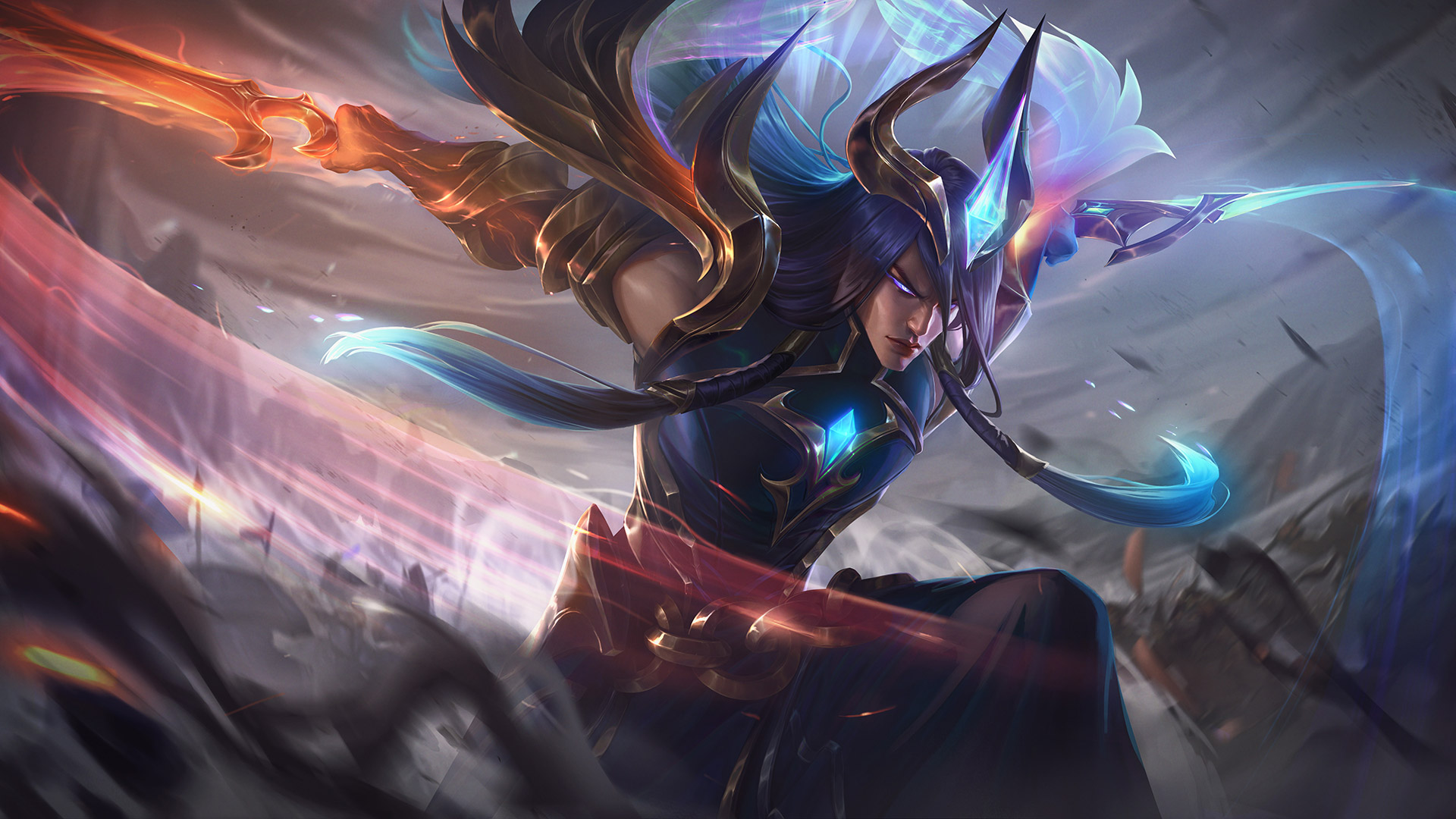 After dying, Yone found himself in the spirit realm.

But not Yone’s… He was immediately set upon by an azakana, a minor demon that feeds off of negative emotions.

Azakana are the weaker cousins of demons like Evelynn and Tahm Kench.

And while those two embody primal emotions like desire and addiction, azakana are manifestations of more specific, personal feelings: gnawing self doubt, the fear of being forgotten, and so on.

The azakana that attacked Yone had been hunting him for some time, feeding on the negative emotions he harbored while tracking Yasuo.

But Yone died before it had the chance to strike, and when he arrived in the spirit realm it saw an opportunity and struck, intent on devouring Yone’s soul.

Yone managed to defeat it—or so he thought—but the consequences were severe.

The next thing Yone knew, he awoke back in the mortal realm with a mask affixed to his face—a mask in the form of the azakana he had just defeated, with the demon locked within.

WAY OF THE HUNTER – PASSIVE

“Yone thrusts forward, dealing physical damage to opponents. On hit, he gains a stack of Gathering Storm. At two stacks, Yone can dash forward with a wave that makes enemies airborne.”

“Yone cleaves forward in a massive arc, dealing a portion of the target’s maximum health. After successfully hitting an enemy, Yone also gains a temporary shield. The shield’s power increases per champion struck.”

“Yone can enter his Spirit Form, gaining movement speed and leaving his body behind. When Yone’s Spirit Form expires, he’ll snap back into his body and deal a percentage of all the damage he dealt while in Spirit Form.”

“Yone strikes all enemies in his path, blinking behind the last enemy hit and knocking everyone airborne towards him.” Yone - The Unforgotten will be coming to League of Legends as part of the upcoming patch 10.16